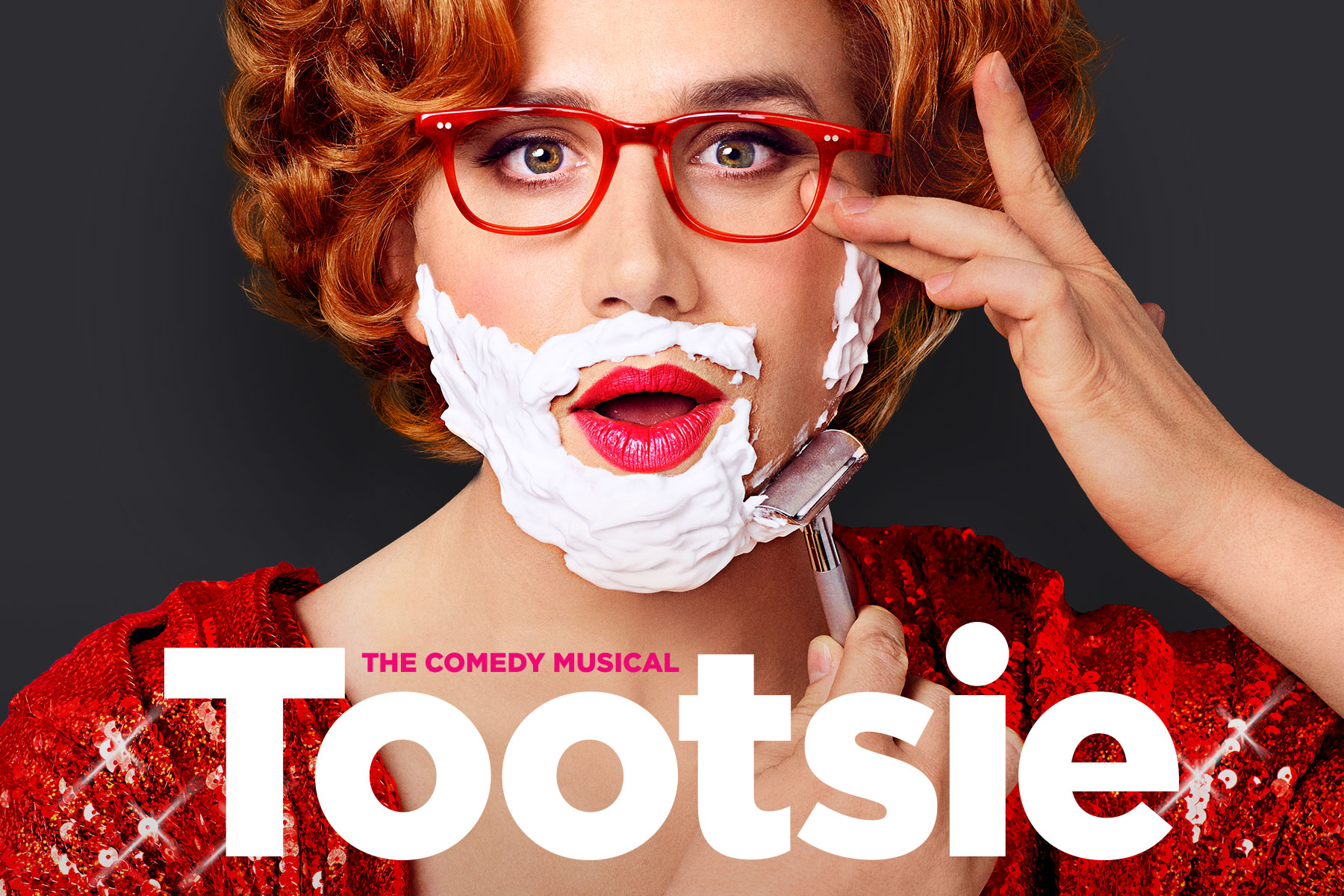 TOOTSIE tells the story of a talented but difficult actor who struggles to find work until an audacious, desperate stunt lands him the role of a lifetime.

TOOTSIE features an original score by Tony Award-winner David Yazbek (The Band’s Visit, The Full Monty, Dirty Rotten Scoundrels), a book by Robert Horn (13; Dame Edna, Back with a Vengeance), choreography by Tony Award nominee Denis Jones (Holiday Inn, Honeymoon in Vegas), and musical direction by Andrea Grody (The Band’s Visit). TOOTSIE will be directed by eight-time Tony Award nominee and Olivier Award winner Scott Ellis (She Loves Me, On the Twentieth Century).

DAVID YAZBEK (Music & Lyrics) has become one of Broadway’s preeminent composer/lyricists. Three of his shows, The Full Monty, Dirty Rotten Scoundrels, and Women on the Verge of a Nervous Breakdown have been nominated for Best Score Tony Awards. He is a Tony Award winner for his most recent musical, The Band’s Visit, which opened on Broadway to rave reviews and has been named to every Best of the Year list for 2017. The show also received 10 Tony Awards, as well as the Lucille Lortel Award, the Outer Critics Circle Award, and the New York Drama Critics’ Circle Award for Best Musical. He’s also received three Grammy nominations and a Drama Desk Award. Yazbek won an Outstanding Writing Emmy Award for his stint on Late Night with David Letterman. He scored the last season of HBO’s Boardwalk Empire, wrote the theme song to Where in the World is Carmen Sandiego, and has written hundreds of songs, scripts, scores and jingles for adult and children’s TV. As a recording artist, Yazbek is responsible for five albums—The Laughing Man, Tock, Damascus, Tape Recorder, and Evil Monkey Man. He has written and/or produced for such acts as XTC, Ruben Blades, The Persuasions, Joe Jackson, Tito Puente and many others. As a performer, he and his band are engaged in an ongoing series of monthly shows at NYC’s 54 Below club.

ANDREA GRODY (Music Director) is currently the Music Director and Supervisor of the Broadway musical The Band’s Visit. Recent projects include the world premieres of Shaina Taub’s As You Like It (Public Works), The Band’s Visit (Atlantic Theater Company), Cake Off (Signature Theatre/Bucks County Playhouse), The Fortress of Solitude (Public Theater/Dallas Theater Center), Unknown Soldier (Williamstown Theatre Festival), and Love’s Labour’s Lost (Public Theater/Shakespeare in the Park); and the regional premieres of The Great Immensity and Venice (Public Theater). Other favorites include Assassins (Yale Rep) and Robin Hood as Composer/Music Director (Williamstown Theatre Festival). Writing credits include the full-length musical Strange Faces and several songs for The Civilians’ Let Me Ascertain You series.

TOOTSIE is produced by SCOTT SANDERS PRODUCTIONS (Scott Sanders and Carol Fineman), an award winning theatre, film and television production company that was acquired by Westfield in 2016, where Mr. Sanders was named Creative Head of Global Entertainment. SSP was most recently represented on Broadway as the lead producer of the acclaimed 2016 Tony Award-winning revival of The Color Purple. That production was also the recipient of a Grammy Award for Best Musical Theater Album and a Daytime Emmy Award for Outstanding Musical Performance on NBC’s “Today.” The Color Purple is currently playing to rave reviews on a highly successful tour across North America. Scott Sanders Productions has developed and produced such stage properties as After Midnight, which won a Tony Award in 2014; the Tony Award-winning Elaine Stritch at Liberty; the first-ever Broadway revival of Evita starring Ricky Martin, Elena Roger and Michael Cerveris; the critically acclaimed The Pee-wee Herman Show (on Broadway and in Los Angeles); Oprah Winfrey at Radio City Music Hall and O Magazine’s 10th Anniversary.

TOOTSIE is based on the story by Don McGuire and Larry Gelbart and the Columbia Pictures Motion Picture.