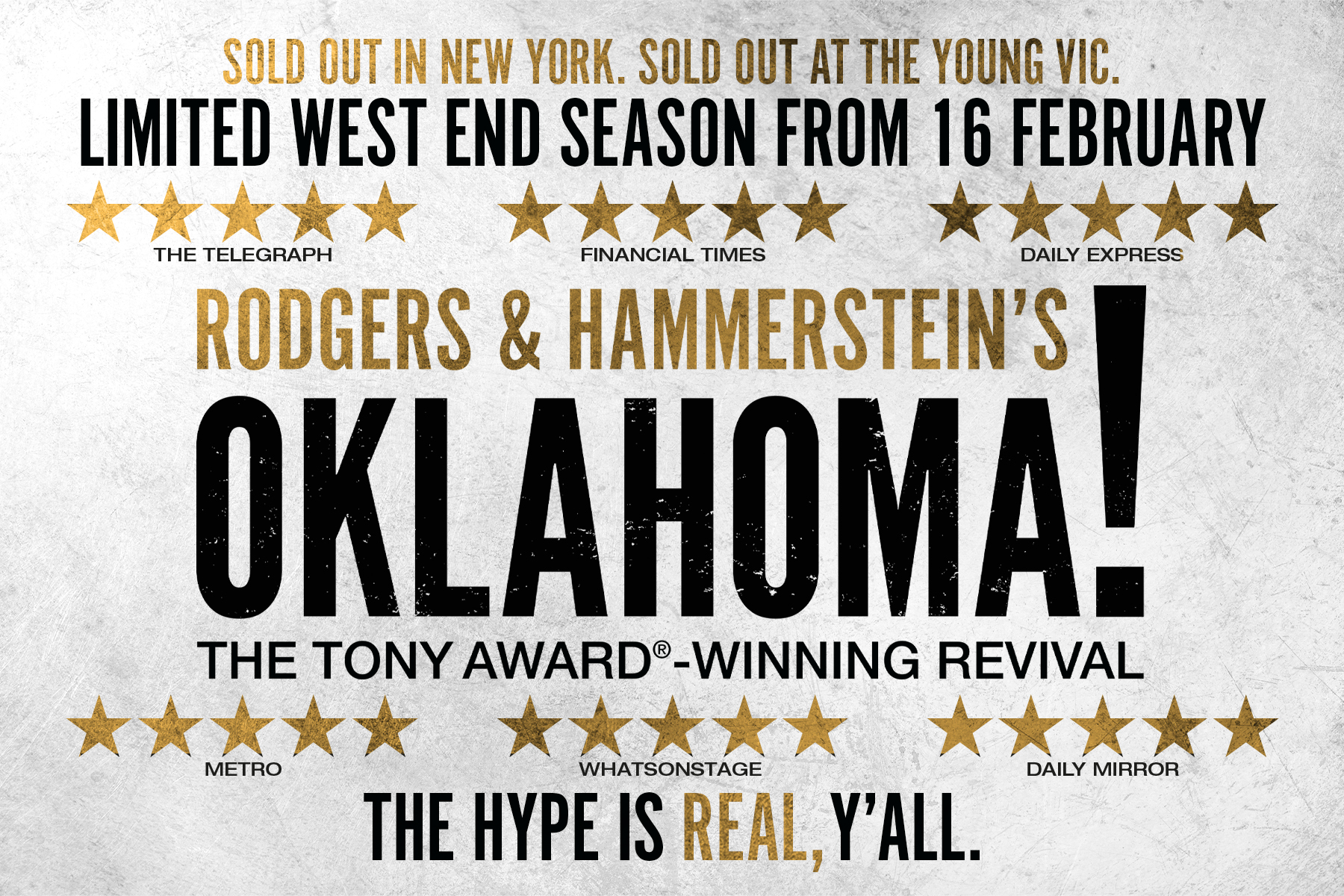 Forget what you think it is… this is RODGERS & HAMMERSTEIN’S OKLAHOMA! as you’ve never seen it before – reorchestrated and reimagined for the 21st century. Winner of the Tony Award for Best Musical Revival, Daniel Fish’s bold interpretation recently enjoyed a sold-out run at the Young Vic following sold-out runs in New York and across the U.S. on tour.

OKLAHOMA! tells a story of a community banding together against an outsider, and the frontier life that shaped America. Eighty years after Rodgers & Hammerstein reinvented the American musical, this visionary production is funny and sexy, provocative and probing, without changing a word of the text.

Cast to be announced