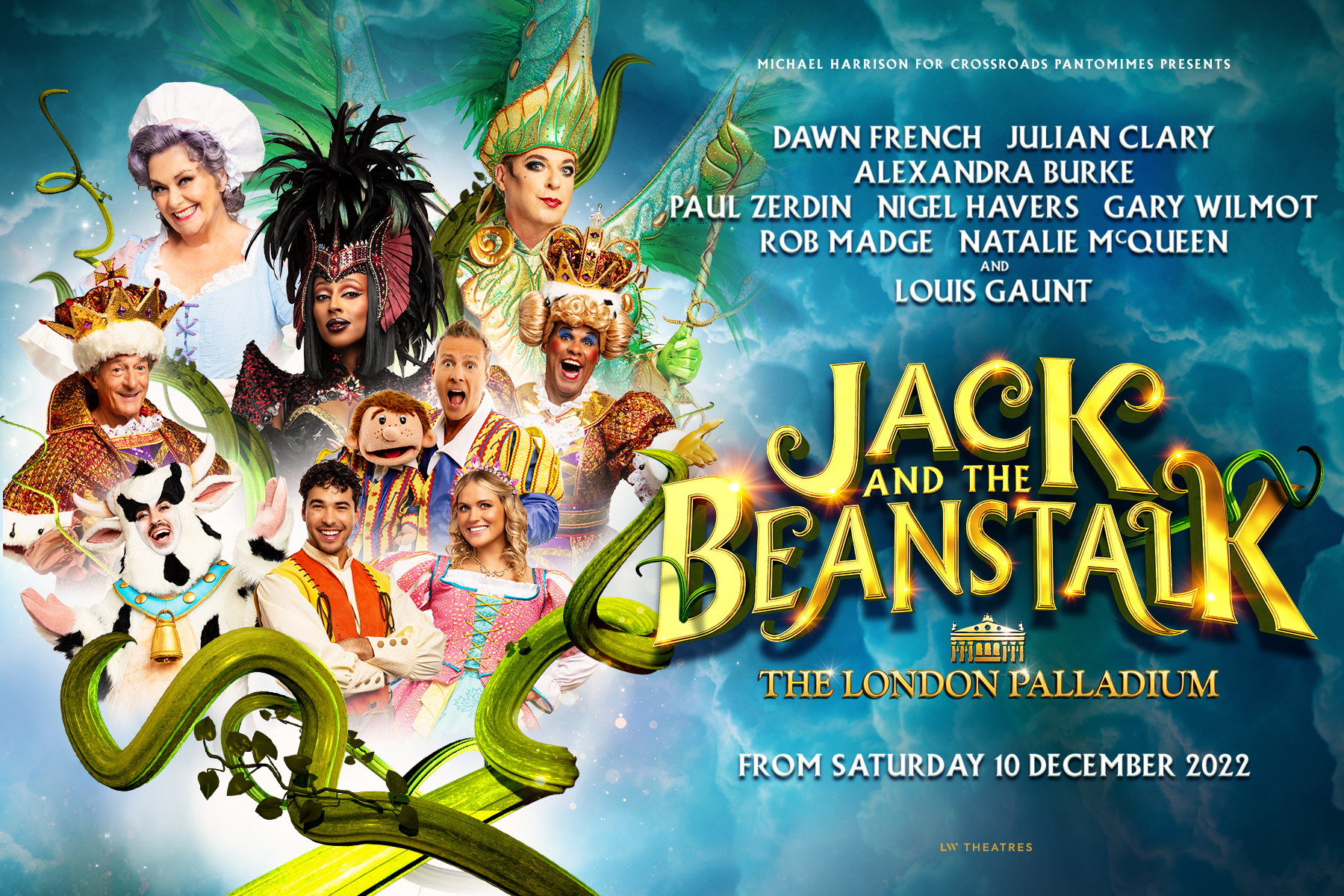 Jack and the Beanstalk

Dawn French and Julian Clary lead the cast in a brand-new production of Jack and the Beanstalk. For a strictly limited five-week run at The London Palladium, French and Clary will be joined by Alexandra Burke along with returning Palladium panto favourites Paul Zerdin, Nigel Havers and Gary Wilmot. Louis Gaunt, Rob Madge and Natalie McQueen will also appear.

Further casting to be announced