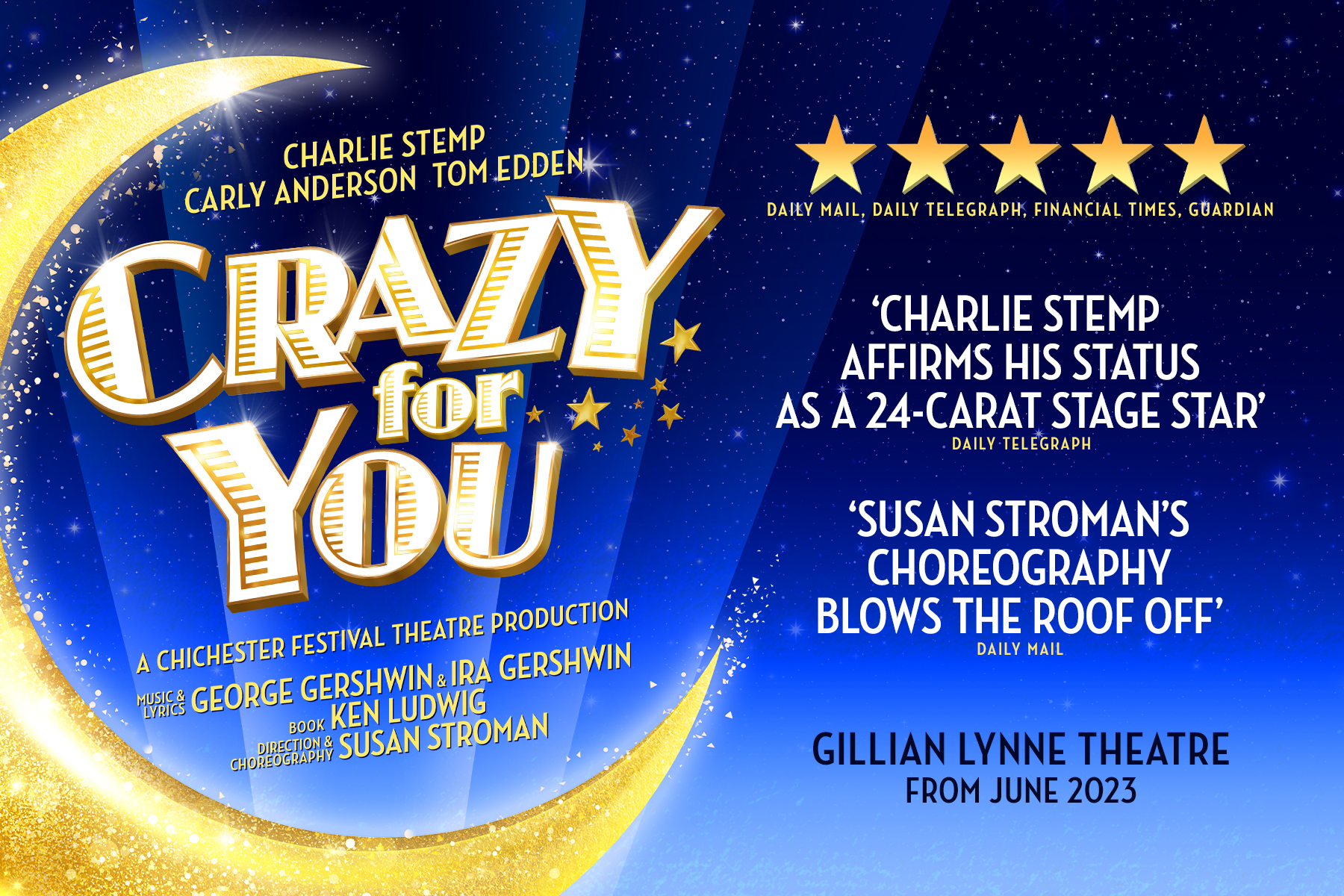 Chichester Festival Theatre’s production of Crazy For You which received critical acclaim across the board when it opened in Chichester, will play a strictly limited 6-month season at the Gillian Lynne Theatre in London.

Theatre-mad Bobby Child is torn between his show-business dreams and running the family bank. He reluctantly heads west to Deadrock, Nevada, to foreclose on a theatre’s mortgage, only to fall for the theatre owner’s daughter, Polly. Desperate to prove his good faith, Bobby decides to put on a show – complete with dancers from the glamorous Zangler Follies in New York City – to save the theatre, renew the town and hopefully win Polly’s love.

With a riotously entertaining book by Ken Ludwig and overflowing with glorious Gershwin melodies (including Someone to Watch Over Me, I Got Rhythm and They Can’t Take That Away from Me), this production is a joyful celebration ‘blessed with ingenious, sparkling choreography from Susan Stroman, which sends you out on a high from the joy of music and dance’ Financial Times. The original production of Crazy For You won several Tony and Olivier Awards, including Best Musical.

Directed and choreographed by multi-Tony and Olivier award winner Susan Stroman, with book by Olivier Award winning Ken Ludwig, this spectacular production transfers from a sell-out season at the Chichester Festival Theatre. Starring Charlie Stemp, the Olivier-nominated star of Half a Sixpence and Mary Poppins as Bobby, Carly Anderson, star of Wicked as Polly, and Drama Desk Award winner Tom Edden as Bella Zangler.